Hundreds of schools across the country started their Uganda Certificate of Education (UCE) exams amid series of difficulties.
Some schools had to adjust to the new norm of life brought about by Covid-19 as candidates sat in shifts doing practical exams.
Mr Julius Opasso, the head teacher of Teso College Aloet, told Daily Monitor that the candidates had to sit in shifts to meet the standard operational procedures (SOPS) set by the Ministry of Health.
“It was not the norm here, Teso College is a science school, but in order to observe the SOPs, we have had to have two shifts. That applies to other practical papers for other science subjects,” Mr Opasso said.
He said the school has 258 candidates. “There is no cause for alarm, the learners are ready for their exams,” he said.

“It was not the norm here, Teso College is a science school, but in order to observe the SOPs, we have had to have two shifts. That applies to other practical papers for other science subjects,”

In the neighbouring Soroti Senior secondary School, the deputy head teacher for academics, Mr Joseph Echegem, said they received exam papers in time.
He said despite the interruptions caused by Covid-19, they were able to compensate time lost by having extra lessons.
“Of the 687 registered candidates, 345 will do their first practical papers, Uneb gave us exam materials in time,” Mr Echegem said.
In Arua, examination papers were also received in time, apart from Terego, Zombo, Yumbe, Moyo, and Madi Okello districts where they delayed due to bad roads.
At Arua Secondary School, Arua Academy and Mvara Secondary School, all the registered candidates turned up for exams. At Arua Academy, all the 25 candidates turned up and at Arua SS, all 199 registered candidates sat their papers.
In Koboko District, the head teacher of Koboko Town College, Mr Tom Obiti, said one boy and one girl did not report for exams for reasons not known.
At Nyarilo Secondary School, all the 87 registered candidates sat their papers.
In Bugisu Sub-region, there was a drop in registered candidates who turned up for exams.
Mr Moses Buyela, the head-teacher of Mbale SS, said they registered 699 students out of the previous 750 that they had in March 2020 before Covid-19 lockdown disrupted life.
“Some could have dropped or shifted to other schools,” he said.
He said four girls got pregnant during the lockdown and didn’t report back. “We have increased number of washing machines and temperature guns and all candidates have facemasks,” he added.
Mr Hamza Sendagire, the deputy head teacher of Nkoma SS, said all the registered 1,200 candidates turned up for exams.
He said the school had space to ensure social distance is maintained to prevent spread of the virus.
Mr Samuel Hisa, the head teacher of St Mary’s Secondary School, said no anomaly was registered.
In Tororo, Uneb supervisor Helen Wataba, said the examination materials were delivered in time.
“Of the 36 Uneb centres, only 33 managed to register candidates,” she said.
She named the centres that didn’t register as Rock School Annex, Rubongi Army SS and Tororo Comprehensive.

Low turn up
Meanwhile, the turn up for semi candidates was still low in many schools visited in Mbale and the neighbouring districts.
Mr James Danga, the deputy head teacher of Mbale SS, said the turn up was still poor.
“We are hoping by the end of this week, the turn up would have improved,” he explained.
The head teacher of Tororo Girls SS said they had to send back students who had not paid fees.
“Aware of the situation we have been, we had expected to get a boost when our students report back but some students came back bare handed yet teachers who are not on government payroll need to be paid,” he explained.
In Lira, there was inadequate science apparatus for experiments in some schools during the physics practical exams.
Senior Four candidates started their exams with physics practical papers.
The area supervisor of 44 secondary schools under Lira Central Police Station, Mr Sammy Bob Okino, said the head teachers of some of the affected schools had to improvise other means of sorting out this issue.
However, he said the exams started well although slightly late.
Mr Okino declined to name the affected schools, but said it was a minor problem which was sorted.
The schools under Lira Central Police Station include, Lango College, Comboni College, Lira Town College, Dr Obote College, St Katherine Girls Secondary School, Dara Christian High School, Light Vocational Secondary School, Green Hill Secondary School, and Faith secondary School, among others.
Mr Okino, who is also the head teacher of Lango College, said: “We have 4,387 candidates in 44 schools under Lira Central Police Station. I have been to a number of schools and exams are going on well apart from a few challenges.”
“Because of the Covid-19 pandemic, we have deployed only one invigilator per examination room instead of three which used to be the case,” he said.
Green Hill Secondary School head teacher Aisha Suwed said they have 125 candidate but one girl who was registered never turned up for the exams.
Like in Teso College Aloet, the turn up of continuing students was poor. Of the 874 students expected in Senior Three and Five, only 327 had reported as of yesterday.

Mr Francis Okomo, the head teacher of Wiggins SS, said he registered 231 candidates but 120 turned up for exams.
School heads in Ntungamo District said large student numbers in candidate classes failed them to implement Covid-19 SOPs as exams began.
With S.4 students starting with practical paper in Physics, most schools have smaller laboratories where students could do practical exams making it hard to implement all the SOPs.
“We have 220 students here and they must work in shifts. If we are to go with all the standards, we have to finish the exam in two days. We must make sure that students are safe, after all they have been staying with us and no one has contracted Covid-19,” Mr Boaz Luyimbazi, the headmaster of Standard College Ntungamo, said.
At Kyamate Secondary School, there are 243 candidates doing UCE exams. The school head teacher, Mr Emmanuel Arinaitwe, said they have taken some laboratory equipment to the school main hall to have all students do the exams.
“The best thing is that we have enough equipment. We shifted the laboratory to the main hall, this may not be done in other practicals, however, we must make sure students are safe,” he added.
Ntungamo High School that has 180 candidates also had students do exams in shifts.
The head teacher, Mr Wilson Byamukama, said they may only have challenges during practical exams but they will have enough classroom space for the rest of exams.
The schools were also receiving students in S.3 and S.5 who reported yesterday, an issue that caused more traffic.
“We have a big responsibility of separating the incoming students who may have caught Covid-19 on the way and may mix with the candidates,” Mr Byamukama added.
The examinations kicked off well in the 31 centres in Acholi Sub-region with Physics paper 3 and later Fine Art paper in the evening.
Daily Monitor visited examination centres which included Sacred Secondary School, Bishop Angelo Negri College in Gulu City and Keyo Secondary School and St Mary’s College Lacor in Amuru District. While at Keyo Secondary School, of the 61 registered candidates, 60 turned up while one girl didn’t report for examinations.
Mr John Kennedy Zokies, the deputy head teacher for academics at Keyo SS, said only one student did not show up because she got married.
Our reporter spoke to a few students about the physics practical paper shortly after leaving the examination room.
While at St Mary’s College Lacor, 140 candidates sat for examinations, one girl failed to report after she got married, according to Mr Micheal Labeja, the Head teacher. 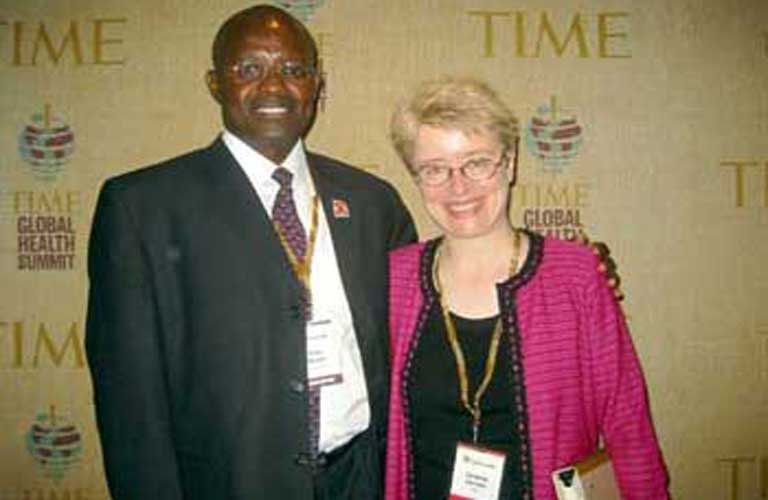 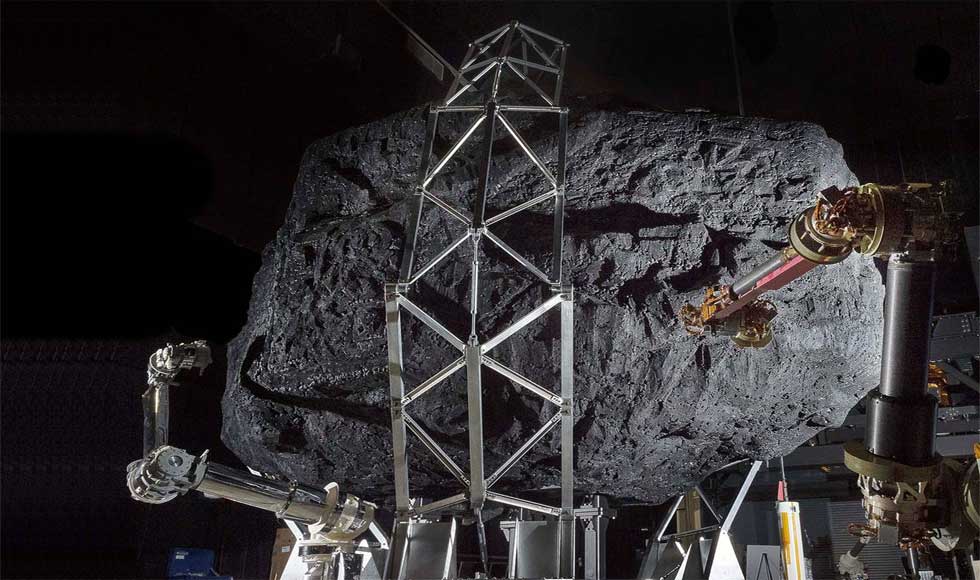 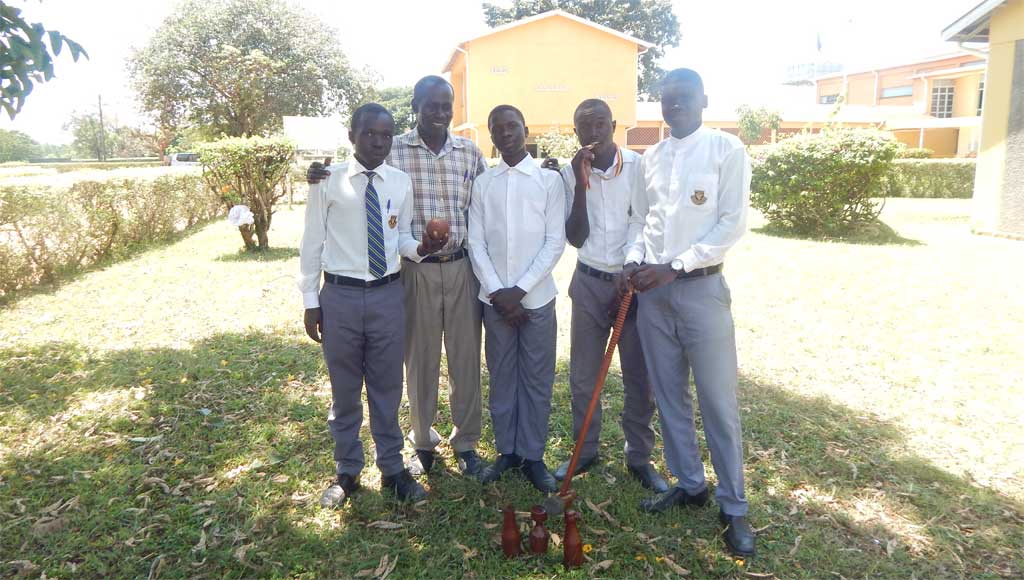